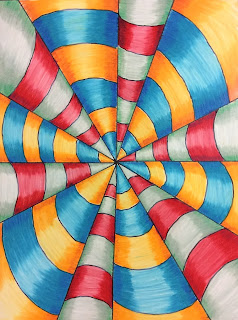 I love Op Art and I thought it would be the perfect lesson to teach Art 1's how to use colored pencils. We began by discussing Op Art, M.C. Escher, Victor Vasarely, and Bridget Riley. Then we discussed the project which was to use colored pencil and value to create an Optical Illusion.

Requirements:
- Drawing must be an optical illusion
- Color pencil value to create the illusion (at least 3 values)
- Color pencil technique
- Craftsmanship
- Completeness - illusion must fill the page, traced in black sharpie, and have colored pencil value throughout.
Before we discussed how to use the prism colored pencils I showed them many optical illusion. I also put together a handout of optical illusion that they could use. Many used ideas from the handouts, but others sought out other ideas. Here is a link to my pinterest page with the Op ideas I included in my handout.

Materials
9"x12" paper
prisma colored pencils
Op Art Handout
compasses
rulers
THough not required to, many students drew a few Op designs to see which they liked best… Or which was the easiest to draw.

After one day of intro and planning, the next day we practiced using blending colored pencils in our sketchbooks. I was inspired by this pin to create some pictures for my powerpoint to better explain the steps of blending. Students were to choose at least 3 colors. A local color, white, and a darker color of the local. Below are the pictures that I made and used.


After going over the steps via PowerPoint I also demoed on the lady bug doc camera. I always teach in an I do, We do, You do fashion. I also like to preview what's coming before I explain further. Hence, the PowerPoint explanation before the demo. Next, the students practiced with me prompting. Then, they did it on their own while I walked around to give assistance.
While walking around to check for understanding I asked students about their design ideas and how they would use the pencils to show value. Not all designs would be colored the same way. Students had to think where the lighter and darker values would go.
I could not have dreamed of a better outcome to this project. Students would get a little frustrated towards the end because their hand hurt or it was taking so long. I just kept reminding them to literally shake it off and look how well they have done so far. Because of those complaints I would not do this project larger then 9"x12". 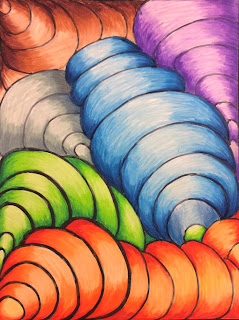 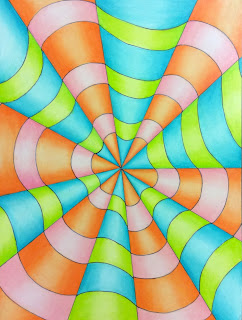 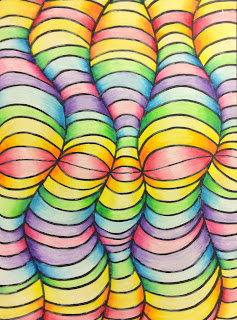 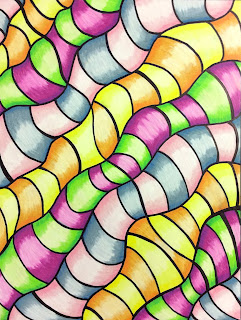 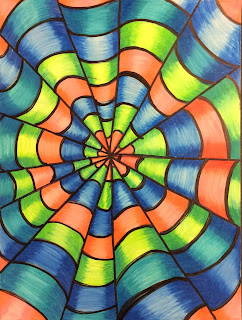 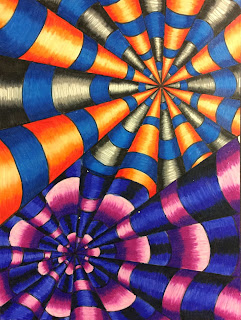 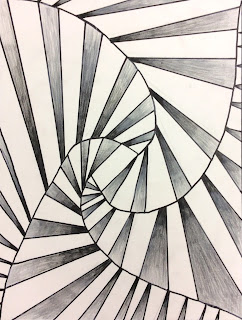 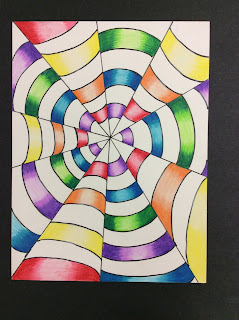 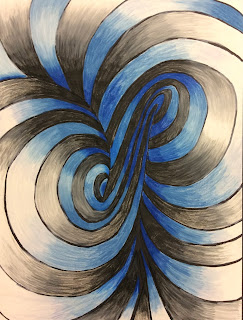 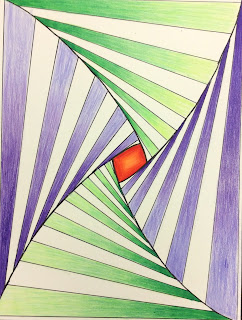 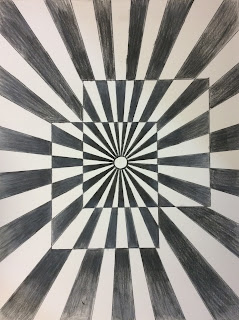